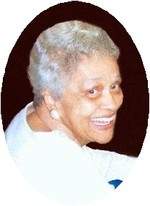 Copy the text below and then paste that into your favorite email application.

Barbara A. Thomas - 1937-2009
Barbara A. Thomas, 71, of Ashland, died Saturday in Community Hospice Care Center in Ashland.
Mrs. Thomas was born May 16, 1937, a daughter of the late Harlan Franklin and the late Julia Ann Hamilton Carter.
She was retired from CSX and was a member of Christ Temple Church in Ashland.
She is survived by her husband, Dallas L. Thomas; two sons, Darin L. Thomas and his wife, Devona, of Ashland, and David L. Thomas of Ashland; two daughters, Dwinn L. Wood and her husband, Mike, of Ashland and Danah L. Thomas of Ashland; an uncle, Charles B. Hamilton of Charleston, S.C.; a special brother-in-law, Fred Finnerson of Cincinnati; a sister, Gwendolyn White of Cincinnati; a special sister-in-law, Janet Thomas of Ashland; five grandchildren and four great-grandchildren.
She was also preceded in death by her grandparents, Pete and Bettie Hamilton.
Funeral services will be at noon Tuesday, April 21, 2009, at Christ Temple Church with Suffragan Bishop Elzy Thomas officiating. Burial will be in Golden Oaks Memorial Gardens in Ashland.
Friends may call from 10 a.m. until time of service Tuesday at the church.
Steen Funeral Home-Central Avenue Chapel is in charge of arrangements.
Pallbearers will be Trevan Beam, Willis Carter, Mike Wood, Shawn Tackett, G.J. Tackett, Jim Johnson, Jerome Johnson and Cornelius Datcher.
Online condolences may be made to steenfuneralhomes.com.